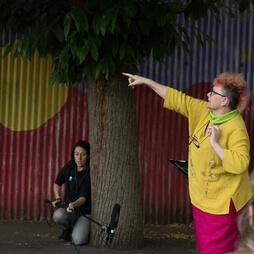 On Poetry, and Our Relish for the Beauties of Nature

by Mary Wollstonecraft
(which originally appeared in the Monthly Magazine, April 1797)

A taste for rural scenes, in the present state of society, appears to be very often an artificial sentiment, rather inspired by poetry and romances, than a real perception of the beauties of nature. But, as it is reckoned a proof of refined taste to praise the calm pleasures which the countryside affords, the theme is never exhausted. Yet it may be made a question, whether this romantic kind of declamation, has much effect on the conduct of those, who leave, for a season, the crowded cities in which they were bred.

In this more advanced state of civilisation a poet is rather the creature of art, than of nature. The books that he reads in his youth become a hotbed in which artificial flowers are produced, beautiful to the common eye, though they want the true hue and favour. His images do not arise from sensations, they are copies. The silken wings of fancy are shrivelled by rules; and a desire of attaining elegance of diction occasions an attention to words, incompatible with sublime, impassioned thoughts.

But God is seen in every floating cloud, and comes from the misty mountains to receive the noblest homage of an intelligent creature – praise. How solemn is the moment when all affections and remembrances fade before the admiration which the goodness and wisdom of God inspires when he is worshiped in a temple not made with the hands, and the world seems only to contain the mind that formed and the mind that contemplates it! These are not the weak responses of ceremonial devotion; nor, to express them, would the true poet need another poets aid; his heart burns within him, and he speaks the language of truth and nature with resistless energy.

Boys who have received a classical education load their memory with words and the correspondent ideas are perhaps never distinctly comprehended. But though it should be allowed that books may produce some poets, I fear they will never be the poets that charm our cares to sleep, or exhort admiration. They may diffuse taste, and polish the language; but I am inclined to conclude that they will seldom rouse the passions, or amend the heart.

Pretty women wonder where my secret lies.
I’m not cute or built to suit a fashion model’s size
But when I start to tell them,
They think I’m telling lies.
I say,
It’s in the reach of my arms,
The span of my hips,
The stride of my step,
The curl of my lips. I’m a woman

Phenomenal woman, That’s me.
I walk into a room
Just as cool as you please,
And to a man,
The fellows stand or
Fall down on their knees.
Then they swarm around me,
A hive of honey bees.
I say,
It’s the fire in my eyes,
And the flash of my teeth,
The swing in my waist,
And the joy in my feet.
I’m a woman
Phenomenally.

Phenomenal woman,
That’s me.
Men themselves have wondered
What they see in me.
They try so much
But they can’t touch
My inner mystery.
When I try to show them,
They say they still can’t see.
I say,
It’s in the arch of my back,
The sun of my smile,
The ride of my breasts,
The grace of my style.
I’m a woman
Phenomenally.

Phenomenal woman,
That’s me.
Now you understand
Just why my head’s not bowed.
I don’t shout or jump about
Or have to talk real loud.
When you see me passing,
It ought to make you proud.
I say,
It’s in the click of my heels,
The bend of my hair, the palm of my hand,
The need for my care.
’Cause I’m a woman
Phenomenally.